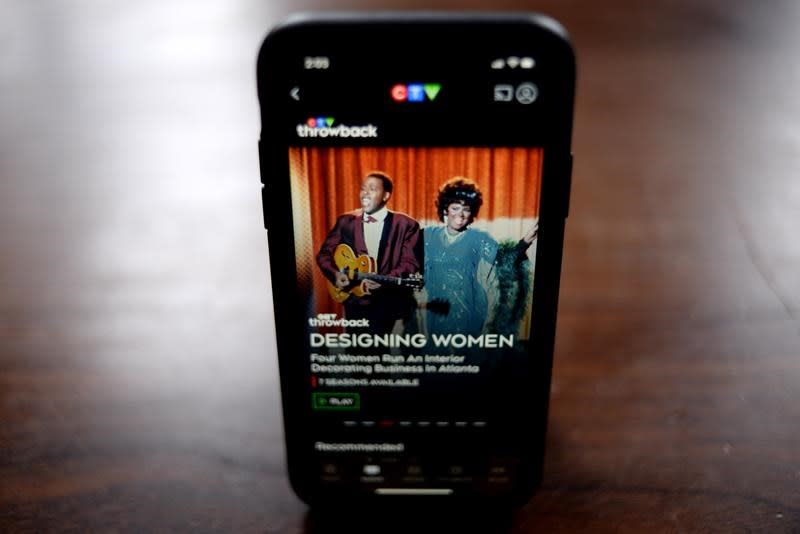 TORONTO — CTV reports that it made a 'miss' by putting a 'racist image' of actress Delta Burke in blackface among its Black History Moon TV highlights.

A broadcaster's spokesperson says that "the blackface image, taken in a 1980's episode called 'Designing Women,' "should not have been used in any way."

Since then CTV has deleted the blackface illustration and the whole "Designing Women." episode.

This photo was part of a rundown of photographs in the CTV Throwback feature of its smartphone app targeted at iconic Black-led sitcoms, such as "The Jeffersons," "Good Times" and "Sanford and Son." streaming services from past decades.

A portrait of "Designing Women," which starred the black-faced Burke alongside her black co-star Meshach Taylor was also sandwiched between these photos.

It was taken from an episode of 1989 named 'The Rowdy Ladies,' which centers on the stars of a sitcom booked for a performance as Motown icons the Supremes.

The party decides whether or not to play their parts in blackface and agrees that this is not the right choice.

The character of Burke, however, does not get the message and appears to sing alongside her friends with her face painted instead.

South, like race and sexuality, in a manner obsolete by current norms.

The episode has been around for decades and is now available on Disney-owned Hulu Video Website in the U.S.

However, after the Canadian Press asked CTV officials about the decision to include a blackface photograph in a selection of black sitcoms, the entire episode of "Designing Women." was removed by CTV.

Later, the organization pulled the blackface photo down.

"This was an error, it’s an offensive image that should not have been used in any context," said in a written statement Marc Choma, Bell's Communications Chief.

CTV claimed in a separate declaration that it "identify and remove any offensive content." from the entire programming library on CTV Throwback.

This article was first released by the Canadian Press on February 24, 2021.